The Autonomous University of Social Movements offers specially tailored faculty-led programs. AUSM’s partners in Cuba provide faculty with the flexibility to create custom programs that meet the needs and requirements of students and staff.

The social, political and historical realities in Cuba generate many questions and challenge preconceived notions. Students will quickly move outside their comfort zone, providing the perfect conditions for a unique and rewarding educational experience. Students live with Cuban families in the barrio of Marianao, about 20 minutes from downtown Havana.  Opportunities outside of Havana include travel to the provinces, beach visits, cultural activities and nature explorations.

Join us on a special faculty program this Spring break

A social justice framework provides students with a set of paradigmatic questions that are familiar enough to generate energetic questioning, while the Cuban context moves them outside of the debate parameters and political/social discourses that generally mark their experiences in the US. Key social justice questions they can confront are:

Anti-capitalism: Cubans are building a socialist country and the ongoing experiment is fascinating. Unwilling to accept the old Soviet or the new Chinese models, the Cubans are doing it their way – Marxism with a salsa beat. You’ll investigate the good, the bad and the ugly – successful programs and failed experiments. This course is particularly appropriate for students oriented to anti-capitalist views who want to experience real life efforts to construct alternatives.

Decision-making processes and citizenship rights: In the mainstream US media, Cuba is a dictatorship, plain and simple. But the reality on the ground is much more complicated. Popular elections that draw high turnouts and mass organizations that include virtually the entire population co-exist with a one-party State and partially controlled media. Is this a different form of democracy? How much control do citizens have over decisions that affect their daily lives?

Social justice vs wealth production: The Cuban dream of an egalitarian society that includes subsidized food, free health care and education, free day care, and guaranteed jobs is confronting the reality of a neoliberal world that inevitably results in wealth differentiation. Is socialism possible with market mechanisms? Are current reforms re-introducing capitalism? Is wealth creation more important than equity? Is it possible to build a social consensus around labor norms that are not based solely on wage levels?

Race, class, gender and sexual orientation: Theoretically a classless society, recent reforms and billions of dollars in family remittances are introducing new social inequities. Are these differences understandable in terms of race, gender and sexual orientation? Does the State have the final, or even the most important, say on questions of prejudice? What is the impact of historical legacy on current social relations? Are race and gender inequalities automatically overcome in a classless society? What is Cuba’s history regarding issues of sexual orientation and AIDS treatment?

These questions and contradictions are not simple abstractions.  They manifest themselves in discussions at the market, at family dinners, in the mainstream media, and in government discourses.  They unfold in a particular historical context impacted by an often contentious relationship with the US government and grounded in nationalism built on the foundations of sovereignty, equity, solidarity and Cuba’s particular brand of Marxism.

The courses in Cuba are structured educational programs permitted under US embargo travel restrictions by general license 515.565 (a)(1)-(3). If needed, diplomas and transcripts are awarded by the Universidad de Ciencias Pedagogicas Enrique Jose Varona, one of Cuba’s leading universities. 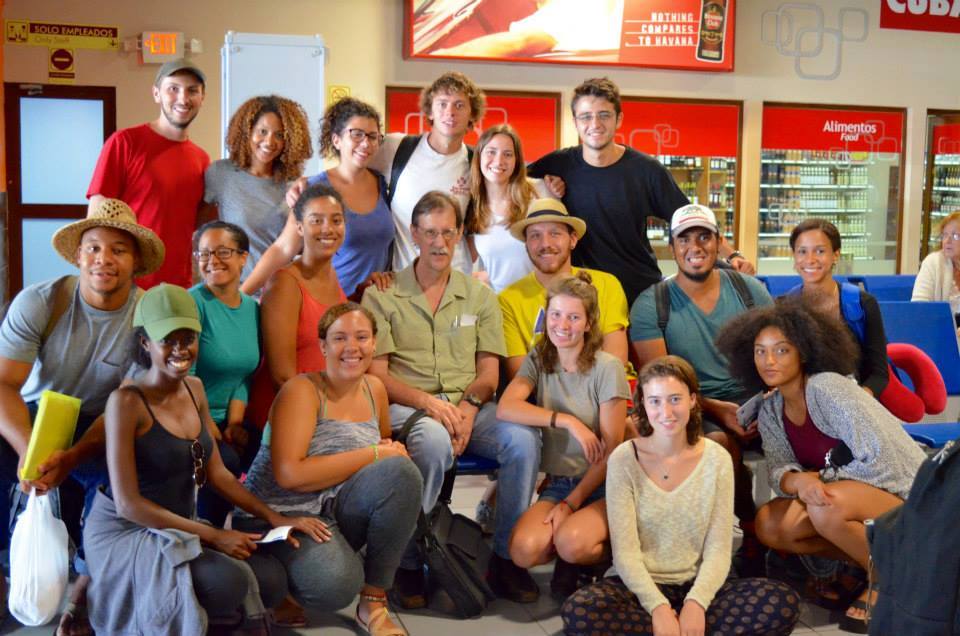 The homestay experience is central to student immersing in Cuban culture, politics, and history. Students will live with families in Marianao, a historic Black working class barrio located on the southwest side of Havana, about 20 minutes from the city center.  Homestays provide students with a unique opportunity to learn firsthand from Cuban families while also improving their Spanish.  For most students the homestay are the highlight of the trip!